Why Lead Generation Matters To Your Business

Why Lead Generation Matters To Your Business

According to data from Forbes, lead generation has become a key operational element across the corporate sector with 85% of B2B marketers surveyed in 2016 saying it was their most important marketing goal. Below is some more information about this topic.

Lead generation refers to the act of cultivating interest in a specific product or service. In most cases, lead generation occurs online although it can occur offline as well. Generating leads is important to businesses for several reasons. Firstly, there are literally millions of brands seeking the attention of more or less the same consumer demographics. For instance, millennials are highly coveted by brands because they are more tech savvy than other consumers and their purchasing power is expected to eclipse that of generation X and baby boomers, according to an eMarketer report. Due to this, brands use lead generation strategies to ensure they remain visible and relevant to consumers. Lead generation has also become popular because it enables businesses to quantify a wide range of transactional parameters including churn rates.

Traditional Lead Generation and Its Failures

Traditionally, brands used strategies such as telemarketing as well as television and radio ad placement to generate leads. Although these strategies work to some extent, they have several glaring shortcomings. Firstly, it is impossible to determine with a high degree of accuracy the number of people reached via TV/radio ads. In comparison, brands can accurately determine the audience reached via social networking platforms such as Facebook, Twitter, LinkedIn, and Instagram.

In fact, the level of granularity afforded by modern lead generation enables brands to determine the exact moment consumers saw a product/service ad, interacted with a landing page, or made a purchase. Besides this, traditional lead generation tends to favor organizations with considerable financial muscle. A good example is the cost of a 30-second Super Bowl ad, which rose from an average of $40,000 in 1967 to $5 million in 2016, according to research done by Ad Age. Even in advanced economies such as the American economy, only a few well-heeled companies can afford to shell millions for a 30-second ad. Finally, traditional lead generation channels do not support accurate consumer segmentation.

With this in mind, the most common lead generation channels include email, content marketing, eBooks/eNewsletters, visual content (image, video), social media, search engine optimization (SEO), and search engine marketing (SEM). Research carried out by Econsultancy in 2016 found that 22% of business were satisfied with their SEO conversion rates. Brands that rank high on local search results benefit immensely because 72% of consumers who search for local content visit a store within five miles of their location. Data from a Marketo survey shows that 68% of B2B brands use landing pages to generate leads. In general, market data published by Demand Metric Research Corporation shows that the most common lead generation strategies include email marketing, (78%), content marketing (67%), and event marketing (73%).

A survey done by Forrester Consulting in the third quarter of 2016 found that 32% of companies have automated lead generation. While this is a viable option, a better option would be to hire a company that can offer tailor-made lead generation strategies. A good example of such a company is Impact Marketing LLC. Organizations that fail to invest in lead generating solutions are likely to grow at a slower pace than savvy competitors.

Businesses that want to remain ahead of competitors must create innovative ways of acquiring and retaining customers. Those that fail to do so will end up losing market share to competitors. Digital assets that are widely used to generate leads include email, video content, curated social media posts, and landing pages. Contact Intercept Marketing LLC today for all your lead generation needs.

Why Maintaining Your Google My Business Listing Yourself Could Be the Absolute WORST Decision You Could Make to Grow Your Business.

Your Request Has Been Successful! 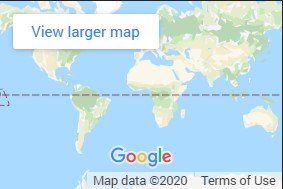